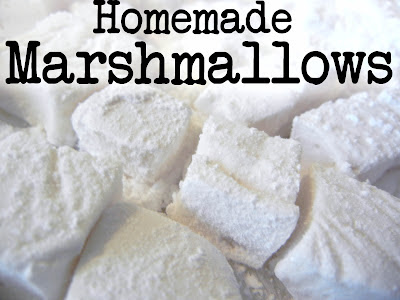 Pin It
Once you try making your own homemade marshmallows I promise you will never go for the store bought variety again. These perfect little clouds are springy and chewy, melt-in-your-mouth delicious. The flavour of homemade marshmallow is so much better than the packaged variety. The big difference is in the vanilla used to flavor them. Most store bought marshmallows are made with artificial vanilla flavor which is actually made from a by-product of the paper making process! So it's no wonder that next to the homemade variety, made with real vanilla extract, commercial marshmallows taste like chewing on a piece of printer paper. For an extra luxurious, authentic vanilla flavour, try using fresh vanilla instead of vanilla extract. One bean is enough to replace the extract in this recipe.
Though I admit it can be a bit tricky getting it right on your first try, making your own marshmallows is easier than you might imagine. Once you get the hang of it, you can start experimenting with different flavours. You can replace the vanilla with almond or mint extract, or you can try dusting them in cocoa powder. For extra fluffy marshmallows, whisk 2 egg whites until they hold stiff peaks and fold them into the whipped sugar mix. 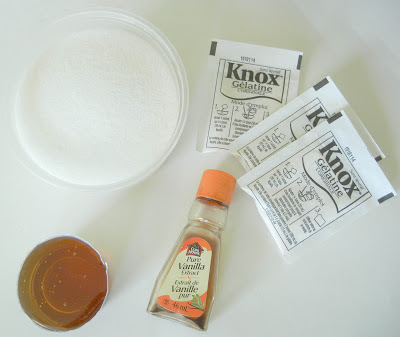 1. Place 1/2 cup cold water in the bowl of your electric mixer and add the gelatin. Leave it to rest to allow the gelatin to bloom. 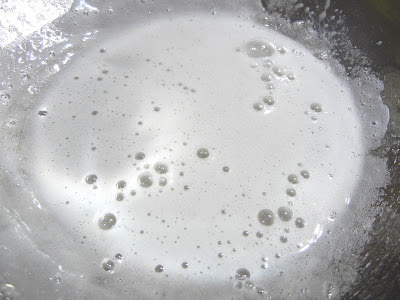 2. In a small pot with a candy thermometer, combine the syrup, sugar & 1/2 cup cold water. Bring to a boil and then let simmer, without stirring, until the temperature reaches the "soft ball"stage: 115C / 240F.

3. Allow the syrup to cool for 2 minutes, then start whisking the gelatin mixture and slowly add the warm syrup. The mixture should turn white and fluff up until it holds stiff peaks. Add the vanilla and 2 pinches of salt. 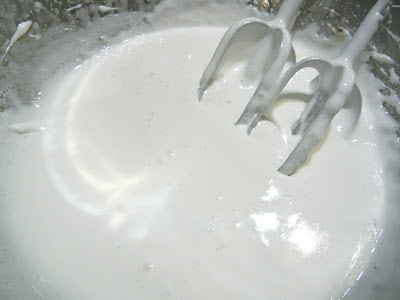 *At this point, for extra soft marshmallows, you can fold in egg whites that have been beaten into stiff peaks (optional).

4. Line a baking dish or plastic container with plastic wrap and then  lightly coat the inside with oil. 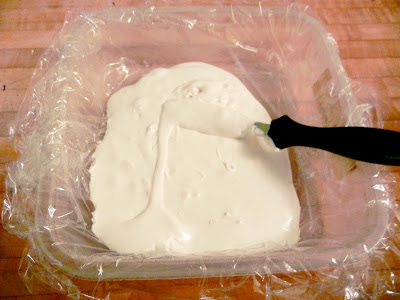 5. Pour in the marshmallow mix and spread it with a spatula. Work quickly because the mix will stiffen as it cools. Leave the marshmallow to set for at least 3 hours in a cool dry place. 6. Dust a cutting board with powdered sugar, set your giant marshmallow down and cut it into squares. Put 1 cup of powdered sugar in a mixing bowl or plastic container and toss the marshmallows in the sugar until they are evenly coated. 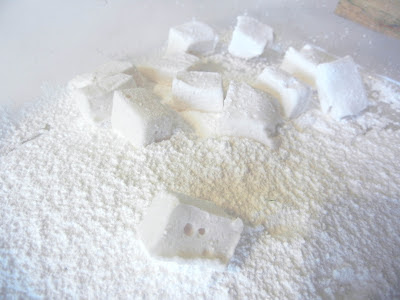 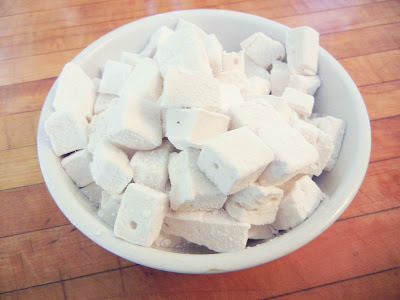