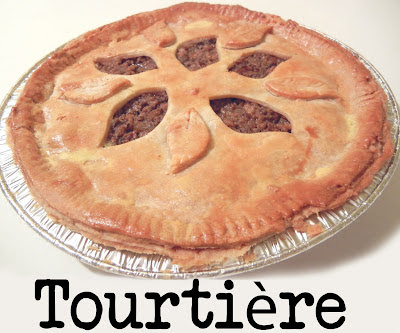 As a proud Quebecer, born and raised, I love Quebecois cuisine. It's mostly hearty, farmer style food, which I love eating. There is also a lot of game used in Quebecois cooking, which I love. Very soon it's going to be maple syrup season and to me the food found at a cabane á sucre is the epitome of Quebecois cooking. That's why I thought this would be a good time to post a recipe for that sugar shack staple: tourtière.
A while back a reader wrote in to ask me if I could do a recipe for six-pâtes (also know as "cipaille.") Six-pâtes is another traditional Quebecois meat pie, made from up to 6 different varieties of game meat, each separate by a layer of pastry.  Unlike tourtière, in a six-pâtes the meat is cubed instead of ground and so must be slow cooked for hours. I do love cooking with game meats, like duck and venison and rabbit, so the idea of six different varieties in one meat pie does sound pretty amazing. I knew that I had to take on the challenge and make a six-pâtes, but I knew it was going to be a daunting endeavor. So as a sort of practice run, I decided to make a good old, simple tourtière.
For my tourtière I used three different types of ground meat - pork, veal & beef, but you can use just one if you like. You can also add mushroom, celery and potatoes to filling, but here I am just using onions and garlic. The key to a good tourtière is in the seasoning. I like it with a good strong hint of cloves, as well as some cinnamon & savory. For the dough, you can use the pie crust recipe from my rabbit pot pie or you can save some time and go with the store bought variety. 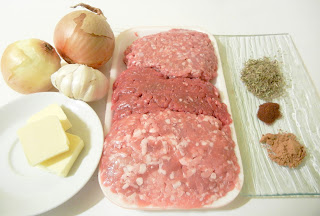 Preheat the oven to 375F
1. Melt the butter in a large pot and then add the onions and garlic. Sautée on medium-high heat until the onions are translucent and then add the ground meat. Cook for 10 minutes, stirring occasionally, until the meat is completely browned. Add the spices and chicken stock and let simmer for 20 minutes, until most of the liquid has evaporated.

2. Roll out the bottom crust and then line a 9" baking pan. Spoon in the filling and the spread it evenly 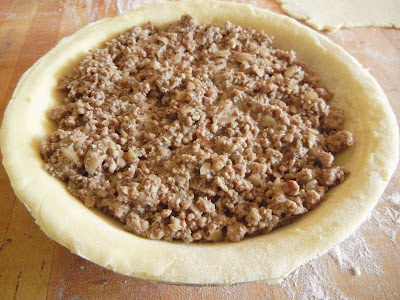 3. Roll out the top crust and then cut 5 vents to allow the steam to escape. Take the pieces of pastry that you cut out and use them to make decorative leaves to place on top of the crust. 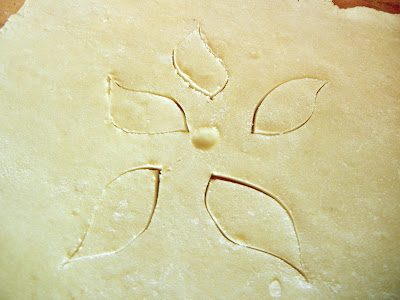 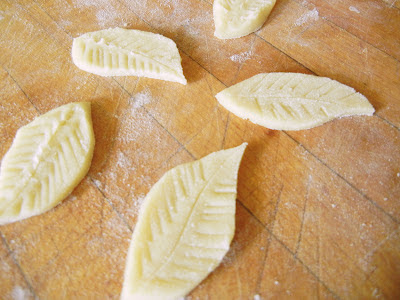 4. Lay the top crust down and then use a fork to seal the edges. Trim of excess dough. Combine the egg yolk and cream or milk and then brush the surface of the crust. Add the decorative leaves and then brush with the egg wash. Bake in the oven at 375F until golden brown, about 1 hour. 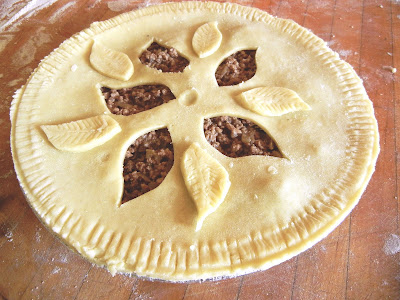 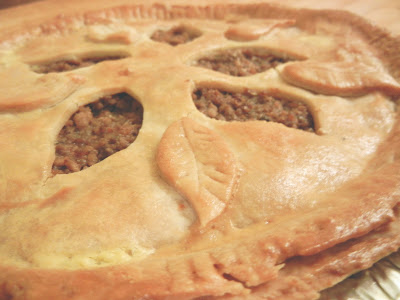