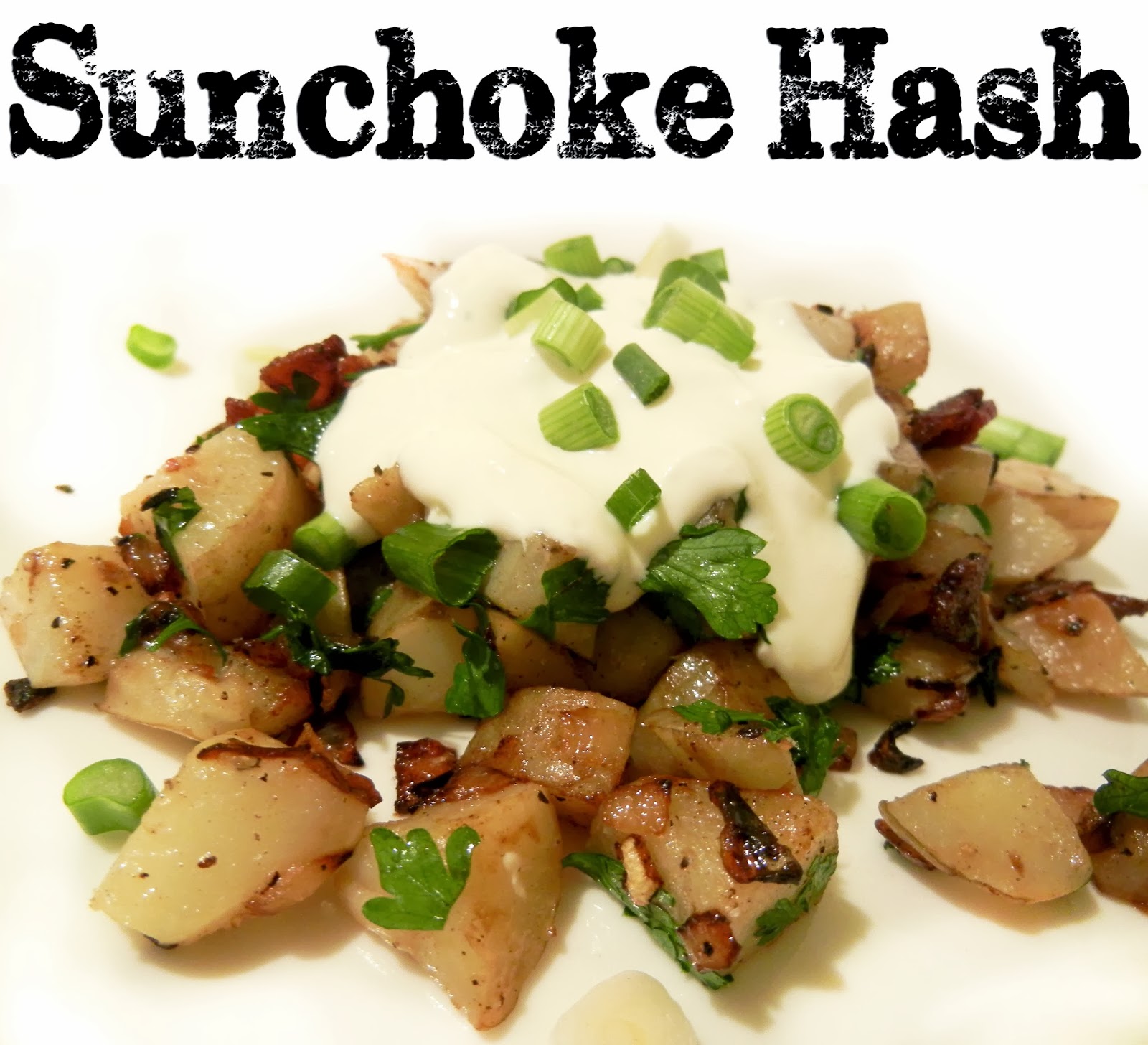 Jerusalem artichokes, sometimes called sunchokes, are one of those ingredients that is usually only seen used in fancy restaurants. That's too bad, because they are delicious. They are similar in texture to potatoes, but have a rich nutty flavour. They are great for making rich purees and creamy soups with a real depth of flavour. Jerusalem artichokes come from the same family as sunflowers, which explains their nutty, almost sunflower seed taste and also the 'sunchoke' nickname.

I think one reason that sunchokes are not more popular is that they can be a pain in the butt to work with. Besides being much smaller than your average potato, they tend to come in all sorts of odd, knobbly shapes, making them pretty hard to peel. That's why sunchoke soup or puree is considered a luxury dish. They're both pretty labour intensive recipes compared to their potato counterparts, just because of how hard those damn little tasty tubers are to peel.

But fret not! This Jerusalem artichoke recipe is peeler-free. Here I use them in a potato recipe where I usually leave the skins on for extra flavour and texture. Before boiling the sunchokes, I simply give them a once-over with a paring knife to get rid of any knots or imperfections. Then I just chop them up, and in the time it takes to boil them I fry up some onions and bacon to make a killer hash that is the perfect side for a nice thick steak.

Of course, this recipe can serve as more that just a side for steaks. It's also great with fish, or you could just through in some cubes of ham or beef to make a satisfying full meal. 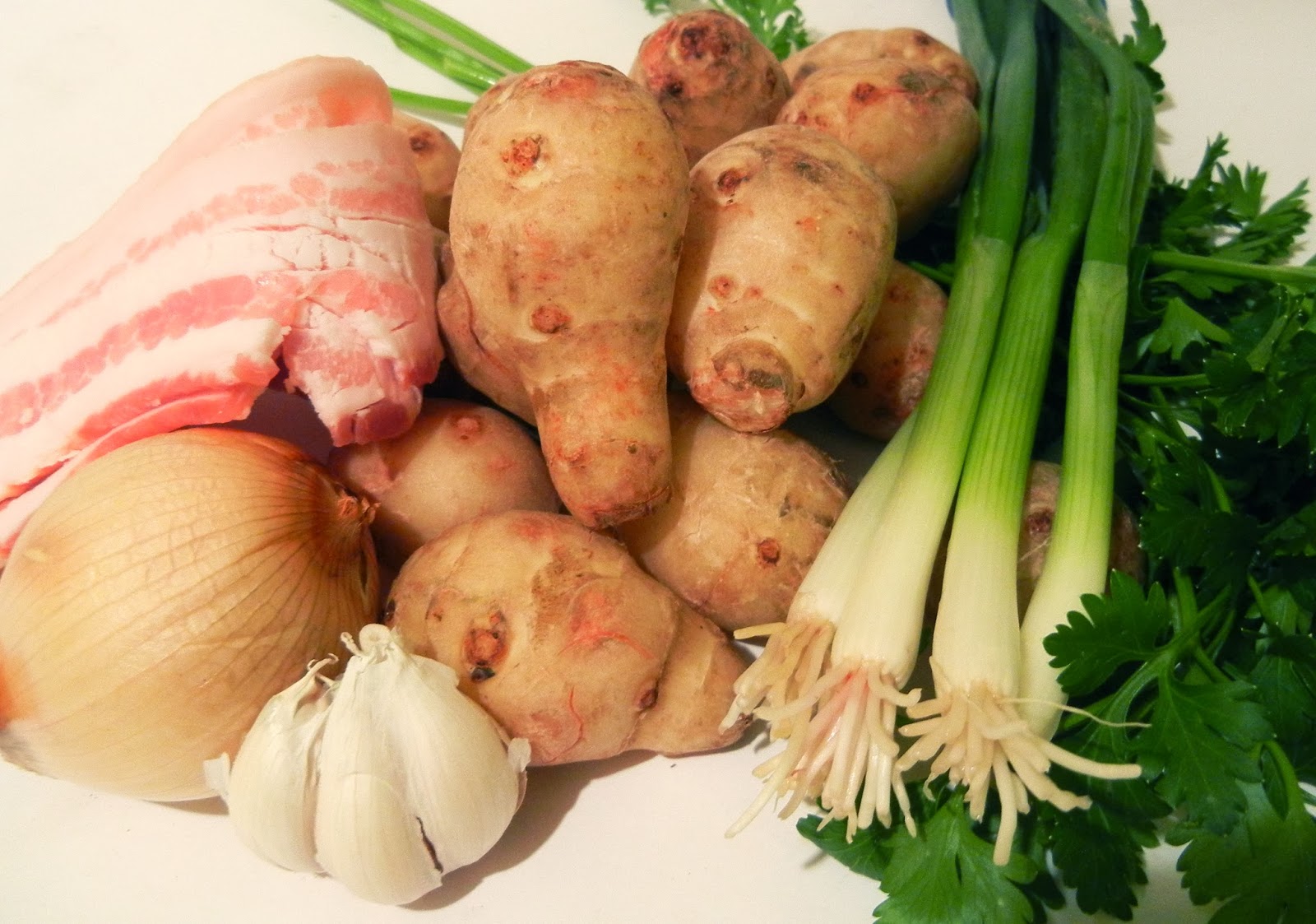 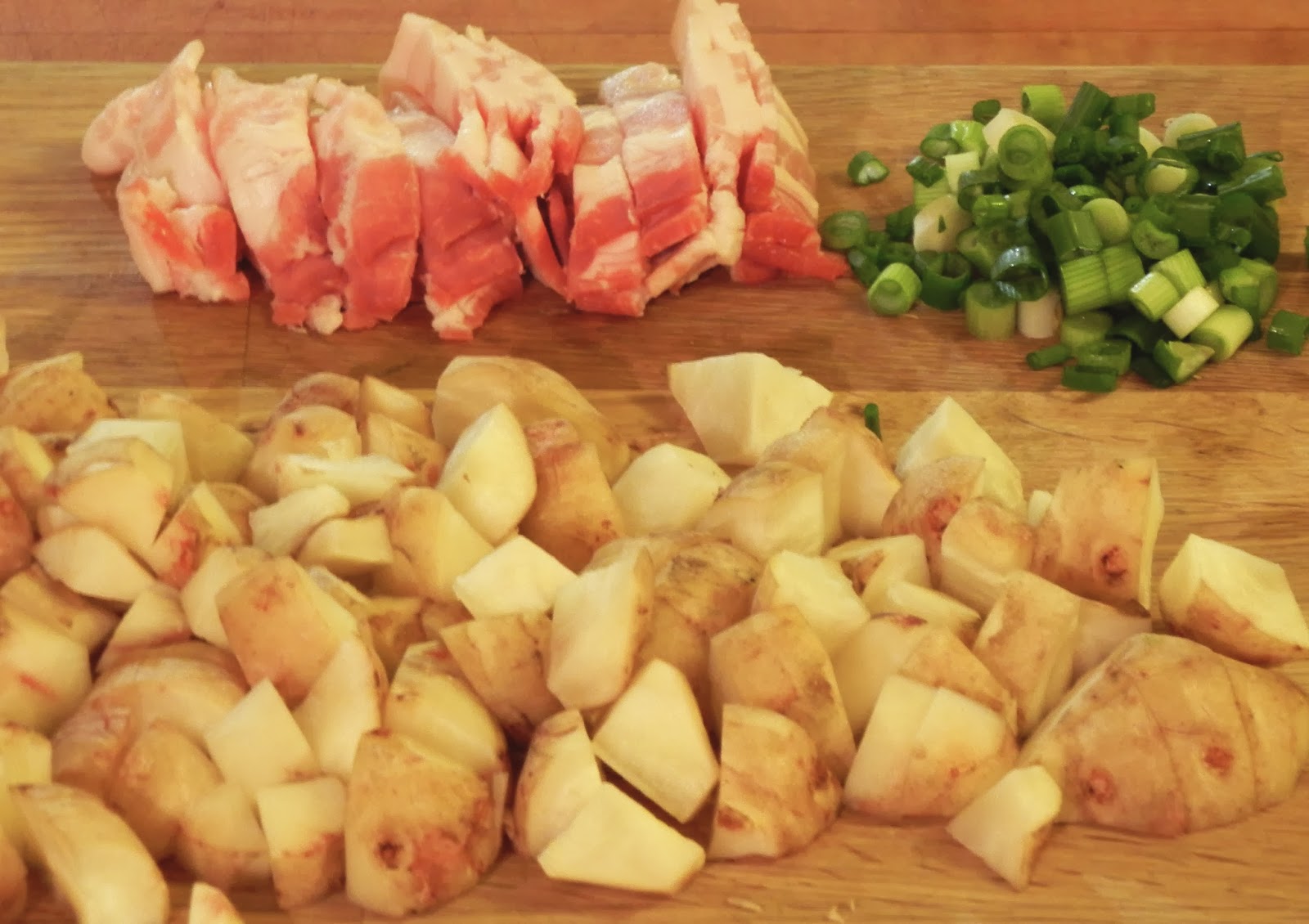 1. Thoroughly wash the Jerusalem artichokes (sunchokes) and then use a paring knife to cut away any brown spots or imperfections. Cut the sunchokes into 1/2 inch cubes, place in a sauce pot, cover with cold water and add a teaspoon of salt. Bring to a boil and then reduce to a simmer. Let simmer until the sunchokes are very soft, about 8-10 minutes.

2. While the sunchokes are simmering, sautee the bacon in a large frying pan. When the bacon just starts to brown, pour off some of the excess fat and then add the onions. Continue frying until the bacon and onions are golden brown.

3. Strain the sunchokes and then add them to the onions & bacon. Sautee everything together on medium-high heat until the sunchokes start to brown. Remove from the heat and stir in the flat leaf parsley. Season with fresh ground black pepper. Add salt if desired, but depending on how salty your bacon is, you might not need to add any. Serve with sour cream and green shallots. 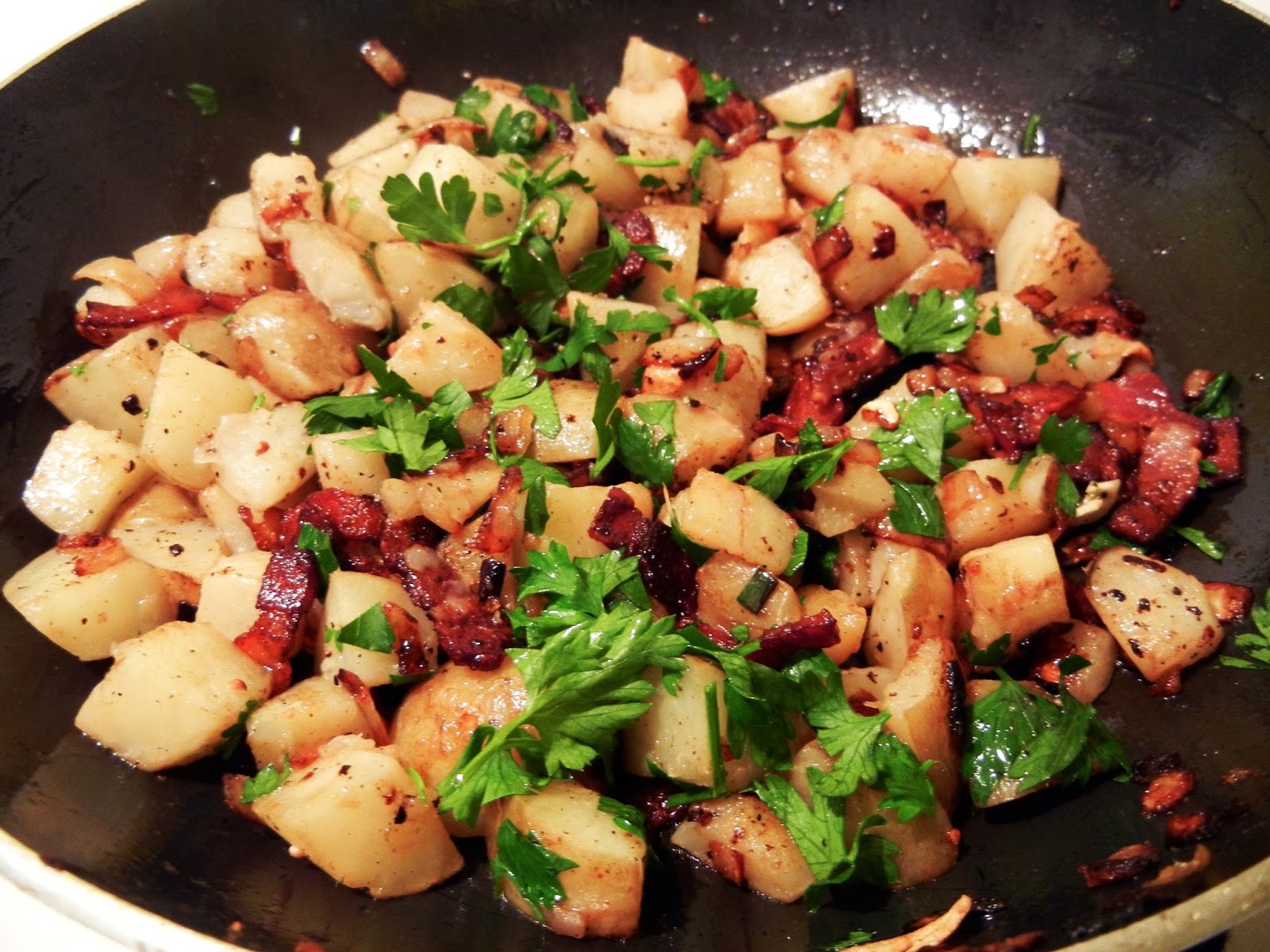